Musical Theatre is a diverse and creative style of dance. It cannot really be defined as a particular dance style- rather it is a way of describing the choreography and movement associated with Broadway musicals.

In Musical Theatre styles, students dance to the soundtracks of Broadway musicals, where it is the dancer’s role to act out the story through movement. Some types of Musical Theatre Dance styles even involve singing the lyrics, acting or playing the part of a character. 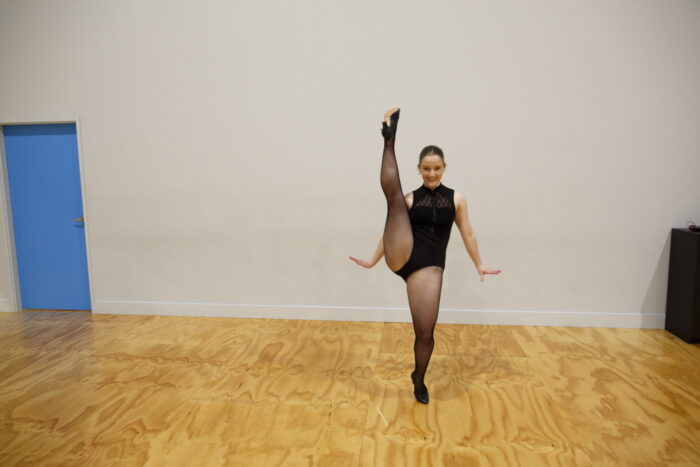 However, it is important to note that this dance style still requires a strong knowledge of dance technique. It requires technical skills from other styles of dance – traditionally ballet, jazz, and tap styles. Musical theatre also places a lot of importance on musicality and is closely connected with the music, often the movement acting out or mimicking the lyrics.

Musical theatre dance is in many ways an essential element within Broadway musicals. Dance is often used as a way to progress the storyline of the musical, alongside the singing and acting elements in productions.

So if you love to sing along to Broadway shows, or love to act out lyrics, Musical Theatre may be the style for you!

If you are interested in trialling a class for free at Dance Factor, don’t hesitate to contact Jess at jessica@dance-factor.com.au

One free trial class is available in all dance styles at Dance Factor.

How to Improve your Memory for Choreography

Why Do Dancers Need Leg Strength?

Subscribe to our newsletter for updates on news, events and everything dance.

Have a question about uniform, fees, enrolment or classes? Our FAQ may already have the answers.